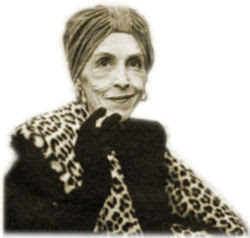 «I had a farm in Africa at the foot of the Ngong Hills. The Equator runs across these highlands, a hundred miles to the north, and the farm lay at an altitude of over six thousand feet. In the day-time you felt that you had got high up; near to the sun, but the early mornings and evenings were limpid and restful, and the nights were cold. The geographical position and the height of the land combined to create a landscape that had not its like in all the world. There was no fat on it and no luxuriance anywhere; it was Africa distilled up through six thousand feet, like the strong and refined essence of a continent. The colours were dry and burnt, like the colours in pottery. The trees had a light delicate foliage, the structure of which was different from that of the trees in Europe; it did not grow in bows or cupolas, but in horizontal layers, and the formation gave to the tall solitary trees a likeness to the palms, or a heroic and romantic air like full-rigged ships with their sails furled, and to the edge of a wood a strange appearance as if the whole wood were faintly vibrating. Upon the grass of the great plains the crooked bare old thorn trees were scattered, and the grass was spiced like thyme and bog-myrtles; in some places the scent was so strong that it smarted in the nostrils. All the flowers that you found or plains, or upon the creepers and liana in the native forest, were diminutive like flowers of the downs - only just in the beginning of the long rains a number of big, massive heavy-scented lilies sprang out on the plains. The views were immensely wide. Everything that you saw made for greatness and freedom, and unequaled nobility.The chief feature of the landscape, and of your life in it, was the air. Looking back on a sojourn in the African highlands, you are struck by your feeling of having lived for a time up in the air. The sky was rarely more than pale blue or violet, with a profusion of mighty, weightless, ever-changing clouds towering up and sailing on it, but it has a blue vigour in it, and at a short distance it painted the ranges of hills and the woods a fresh deep blue. In the middle of the day the air was alive over the land, like a flame burning; it scintillated, waved and shone like running water, mirrored and doubled all objects, and created great Fata Morgana. Up in this high air you breathed easily, drawing in a vital assurance and lightness of heart. In the highlands you woke up in the morning and thought: Here I am, where I ought to be.»
Publicada por João Gonçalves à(s) 24.8.08