«YES, I HAVE BEEN THERE TOO» 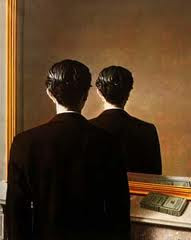 «And what have I learned along the way? Three things, closely related. The first is that people are often in pain; their lives are shadowed by memories and anticipations of inadequacy, and they are always afraid that the next moment will bring disaster or exposure. You can see it in their faces, and that is especially true of children who have not yet learned how to pretend that everything is all right and who are acutely aware of the precariousness of their situations. The second thing I have learned is that the people who are most in pain are the people who act most badly; the worse people behave, the more they are in pain. They’re asking for help, although the form of the request is such that they are likely never to get it. The third thing I have learned follows from the other two. It is the necessity of generosity. I suppose it is a form of the golden rule: if you want them to be generous to you, be generous to them. The rule acknowledges the fellowship of fragility we all share. In your worst moments — which may appear superficially to be your best moments — what you need most of all is the sympathetic recognition of someone who says, if only in a small smile or half-nod, yes, I have been there too, and I too have tried to shore up my insecurity with exhibitions of pettiness, bluster, overconfidence, petulance and impatience. It’s not, “But for the grace of God that could be me”; it’s, “Even with the grace of God, that will be, and has been, me.”»